Do you know what is time lapse ?

I’m sure you heard about it, but if not, I suggest that at this moment you surf internet, google it or read on wiki about it here. We will cover this area on Canon5Dtips soon, but till then just check it out on internet.

Have you seen the latest innovation in relation to time-lapse photography? A machine that incorporates both image capture and motion control. In time-lapse photography incorporating the two has always been a problem especially if you are taking photos in life threatening situations. The Genie is a complete solution to this problem that has been troubling even the best photographers. The Genie is currently being displayed on kickstarter.com is one of the best innovations made for time-lapses and video shooting.

An Introduction to the Genie

The Genie is a simple and small tool developed to assist in the movement of the camera during the shooting process in time-lapse or video photography. The Genie has the ability to combine both image capture and motion control. It is programmable and can be made to move precisely after a definite time difference (intervalometer).  It allows movement of the camera in a definite manner ensuring image capture goes on progressively and uninterrupted. Having being fitted with accessories that ensure easy movement on different directions, it makes the device more adjustable to move in either panning or linear direction. It can be used by all people who want to engage in time-lapse photography and even video shooting

Features of the Genie

Ability to move in either panning or linear mode

This is the feature that takes time lapse photography to another level. The Genie has the ability to shoot pictures in linear mode or panning mode. This makes it one of the best machines developed in relation to time-lapse photography.  It is easy to program it to move in a linear motion at specific time-lapses depending on how you desire. This can be on a steep cliff or slope. Once you have attached the Genie in a standard tripod, it’s much easier to program the Genie to move in the linear motion.  Switching between the two motions is not a hard task. If you are shooting in linear mode, you can switch to panning mode by changing the accessories that you are using.

Adaptation with other devices used in time-lapse photography

Another exciting fact of the Genie is the ability to adapt to all the devices that you are using in your time-lapse photography. It can be screwed literally to all devices that allow easy motion. If you have a commercially made track such as the glide track slider, it can easily move on the direction that you desire.

It can be fixed in a commercially made pocket dolly such as the Philips bloom pocket dolly and work perfectly. You can screw the Genie on a glide track or a Philip bloom slider, program it to move at a specific speed and have it move in linear motion at the speed that you desire.

The Genie can be attached to a self customized DIY track or a DIY cable. The Genie will easily move through the track in the direction that you desire, at a speed that you have programmed it.

The best aspect about the Genie, it can be screwed on a skateboard and allowed to move in the direction desired. With the help of a rope, it is easy to control the movement of the skateboard such as movement in linear motion.

Easy to use user interface

Genie uses professionally developed software that has a user interface that is easy to use. You don’t require knowledge in programming to operate the Genie. It provides the ability to save your previous presets and use them elsewhere.

You can program the Genie to move at a specific speed. If the interval at which the Genie moves takes the pictures in the specifications that you desire, you can save the settings and use it in a totally different location. This will help ensure you get the best pictures from the best shots possible.

The Genie also allows you to preview its movement after taking pictures. If you don’t like the pictures taken with the help of the Genie at specific settings, you can preview the speed of the Genie. All you need is to press the preview button and the Genie will move at the previous speed real time. This will help you determine the time-lapse and make the necessary adjustments needed.

Currently a mobile App for android and Iphones is in development.  This will allow full control of the Genie and the various settings from your smartphone.

The Genie has ability to work with three sensors, light, sound and motion sensors. The three sensors help the Genie to determine the right time to take the pictures. This is critical in areas where it is risky for a person taking the pictures to trigger the motion control machine to start working. You can use the genie in life threatening situations such as taking photos of an untamed hungry lion. With the motion sensors, you don’t have to be there to trigger the camera and the genie into action. This will help you capture in camera phenomena in nature that seemed impossible. You can now shoot photos and videos under extreme conditions but as well as fun and creative way as you could never imagine.

The Genie has eliminated the hassle of having to move with bulk machines so that you can get the pictures right. The Genie has incorporated integrated screen, keypad, motor, batteries and controller in a single unit.  This reduces your luggage and makes it great addon of your photo gear.

Merits of the Genie to Any Photographer

Your Role in the Genie project

You have chance to make world happier for one great device, it is all in your hands, help out Genie project and get rewarded. Let us make photographing easier, much more fun and more competitive!

Genie already reached goal, but with more money pledged they would only make bigger production line and better product so don’t wait a minute and pledge your share. $1 is minimum pledge.

Kickstarter mainly help inventors who have come up with innovative projects to build a community around their projects. It gives you the visitor a chance to be part of the project. You are expected to pledge and give your contribution for the project to become a success especially if you believe it’s a true innovation such as the Genie.

You are welcome to make your own contribution by visiting: http://www.kickstarter.com/projects/syrp/genie-motion-control-time-lapse-device

You can check their official page at: http://www.syrp.co.nz

The Manfrotto 679B Monopod Review – for Sports (Marathon) Photography 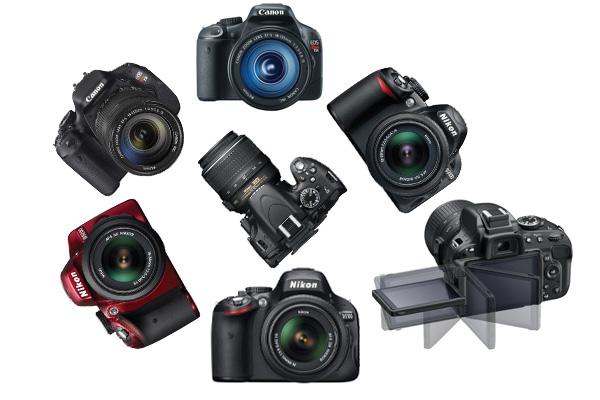 Entry Level DSLR Cameras: Which One Should You Choose? 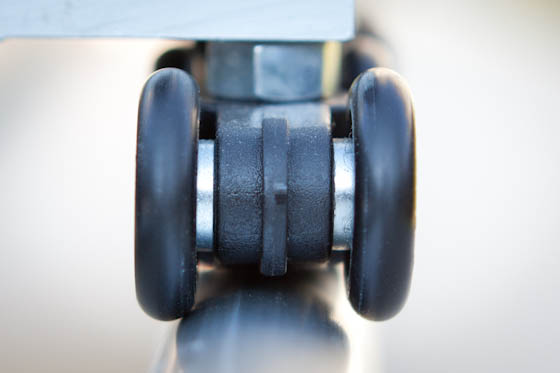 DIY Alert: RigsWheels are on sale!

Shoulder rig kit for about 200$

I receive a lot of email from people asking me which shoulder rig they should ...