If there is one thing no one was expecting this week, it has to be the release of a new HDSLR camera. Yet, that is exactly what Canon did. The new Rebel T2i is, on paper, an incredible package priced ridiculously low.

18mp on a 1.6x crop factor, I will have to see some real life sample shots to judge image quality but it is interesting to see the ISO going to 6400 (extendable to 12k) for an entry level toy. That is quite good if image quality is at the rendez-vous.

It also benefits from a lot of features that used to be restricted to the double prosumer bodies like improved auto focus and light metering. From a photographer perspective, it should be considered a decent upgrade for any 50D or older camera owner (if you dont need the burst rate). At least, from a specs sheet perspective.

Remember how 5DMrkII owners felt when the 7D was released? Well, 7D owners are now feeling the same! The new rebel can shoot video full manual and has variable frame rate (24p, 25p, 30, 50p and 60p), something to make 5DMrkII owners jealous. I know because I am!

Of course, the camera will probably not have the same low light image quality as the 5DMrkII (and maybe the 7D) and it is not full frame so it does have its limitations. Yet, it is a fraction of the cost of its ‘better’ alternatives.

This release clearly shows how much Canon wants to be the dominant player in the HDSLR market. Just like Apple undercut tablet manufacturer by selling the iPad 300-500$ under its expected price, Canon did the same for HDSLR.

To compete against this camera, competitors will have to deliver video capabilities that are superior to their current higher end offering. In other word: if Nikon, Sony and the others want to compete, they will have to cannibalize their higher margin products. Not something they are willing to do, yet doing nothing will make them lose market share in the entry level. In the end, customers will benefit greatly from this.

Should you get one?

If you have been stashing money expecting to get a 7D, there is no reason for you to not jump on this camera right now. At this price point, it is the cheapest way to shoot S35 HD content. With the money saved over the 7D, you can get 2-3 basic lenses. My suggestions? 17-55IS2.8

Where to get it?

You can place a pre-order on Amazon

. If you are thinking about it, do it quick because I can foresee a shortage of these!

Should I sell my 5D/7D and get one of these?

We will have to get more information about the bitrate, compression and image quality before calling it a 5DMrkII/7D killer. I see it more as a way for Canon to push current Rebel owners to update their body and get shares in the entry market than anything else. While it delivers an incredible amount of feature for its cost, all of its specs fall under those of its bigger brothers.

I have not put my hands on one of these yet so all my comments are based on the product announcement. 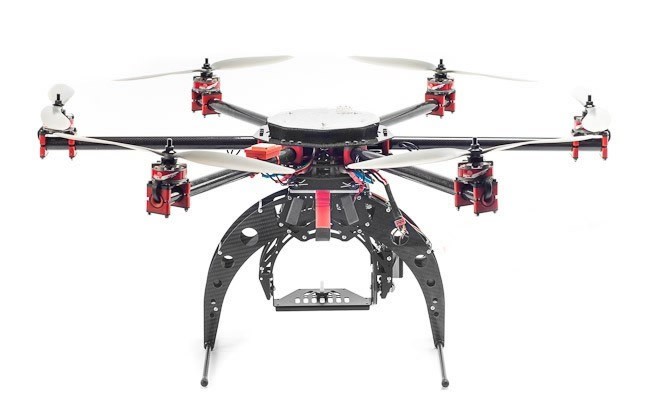 We are getting closer to era when Drone Photography/Videography will become normal to wide range of amateur and professional photographers. What does government think about it?